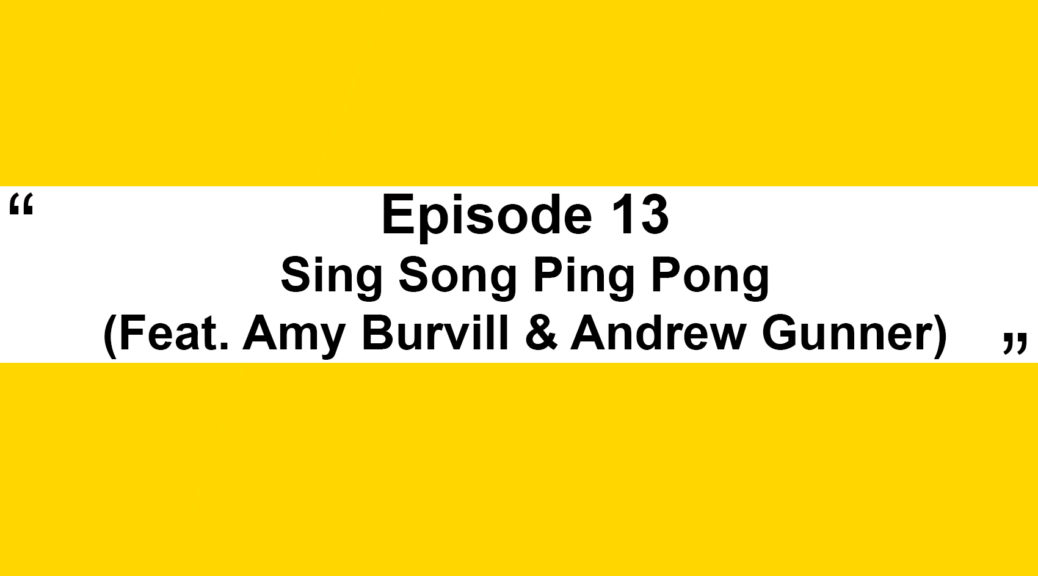 What’s better then one guest? Two! Not necessarily true and we prove it on this week’s episode!

In this episode Craig & Stead are joined once again by Amy but also Andrew Gunner! They play the debut of a new game called Sing Song Ping Pong. In which Gunner and Amy are pitted against each other in a battle of musical minds!