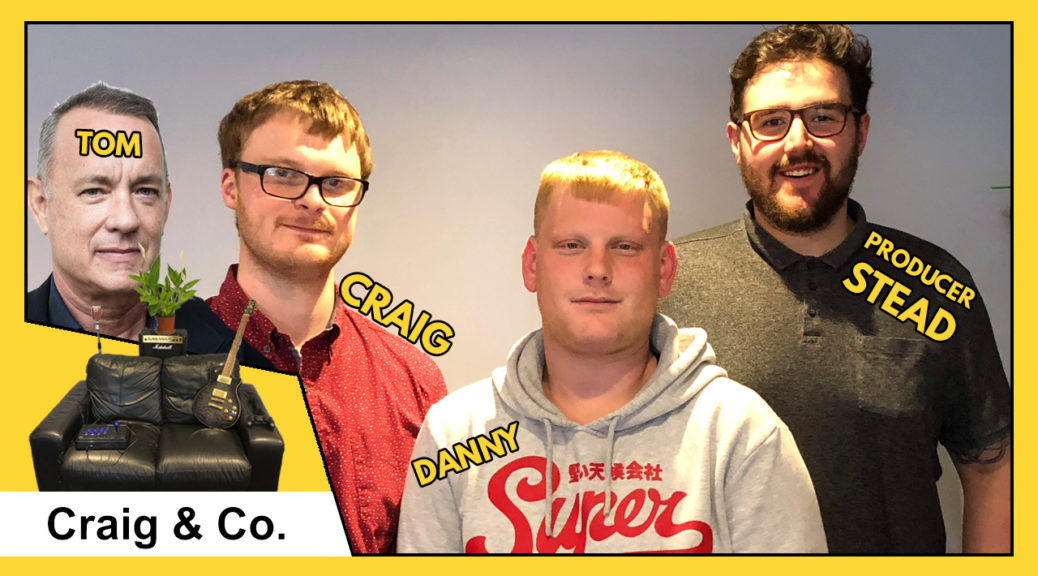 Producer Stead & Craig are joined by a childhood friend and someone they haven’t spoken too in years Danny Cook.

We catchup with what Danny has been up to for the last few years from jobs he may or may not have had, having children, not having money and being happy with being second.

We also talk dossing, living in Folkestone, Mopeds, Immigrants, Video Games, Story Times, Father’s Day, Tom Hanks and more! (P.S We literally have not spoken to Danny for years, it was cool having a catchup!)

C&C Episode 32 – Tom Hanks Does Not Have A Bad Film (Feat. Danny Cook)