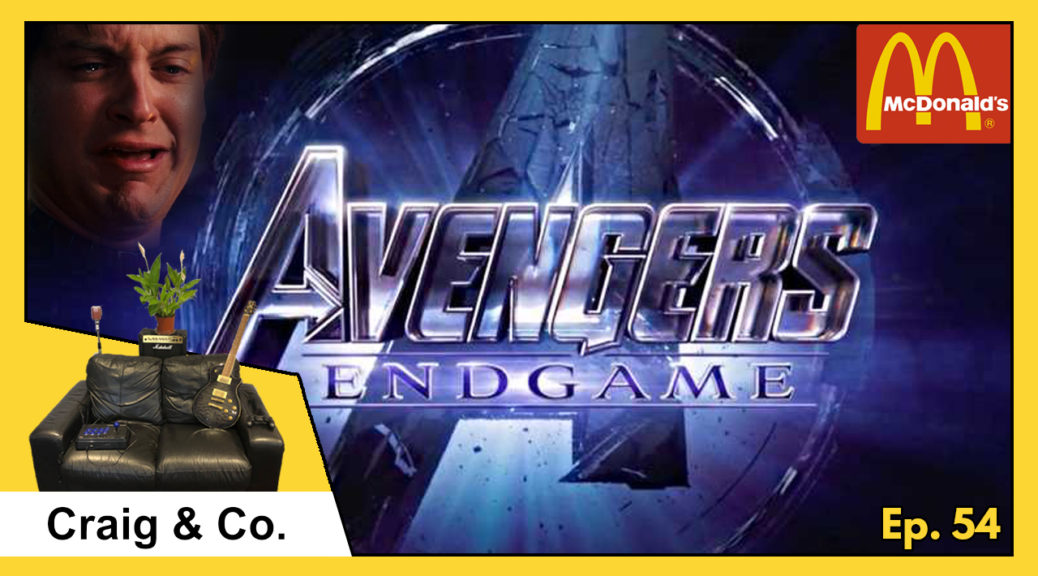 Danny Cook is back with a vengeance! He joins Craig & Social Media Mongle Señior Producer Stead to about Marvel films (or does he!?)

We talk hot video games! Assassin’s Creed & Forza (all of which Craig has not played). Avengers Endgame is also a talking point dropping just hours before we started recording. We discuss how good the trailer is and how good we expect the film to be.