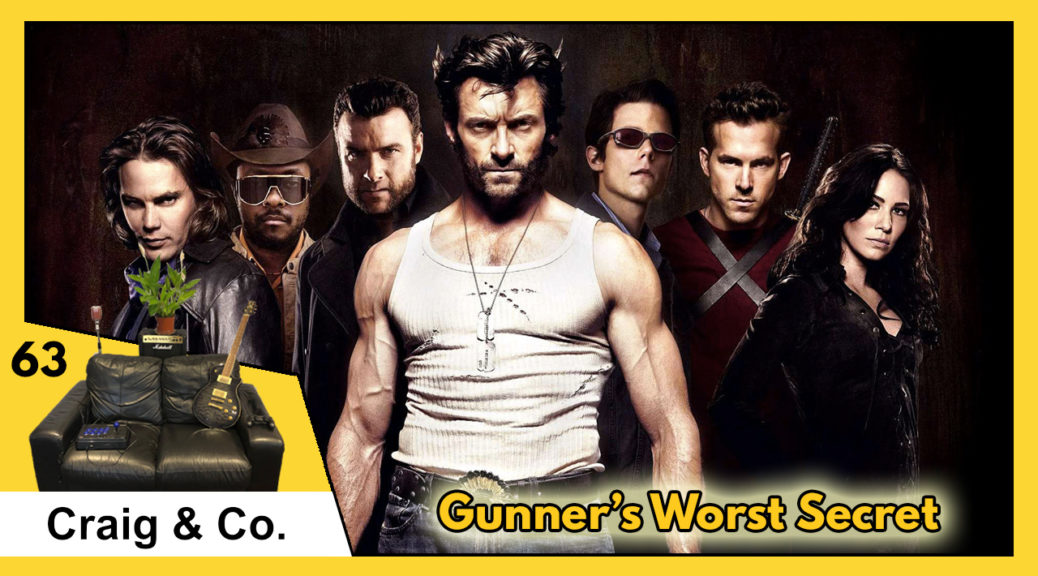 How has his health been over 20-Fine-Teen been so far? Why has he been so ill over the last three months? Does he need to start going to the gym?

We delve into the films starting with everyone’s favourite X-Men Origins: Wolverine. No really

Spoiler Gunner went to the gym!